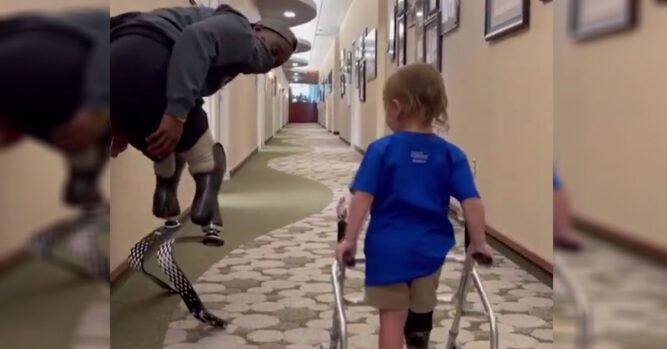 There are two types of people in this world, those who are there to lead and others who are born to follow. It really doesn’t matter which side of the fence you are on but if you happen to be a leader, you need to live up to certain expectations. After all, you might find yourself in a position where people are looking up to you and following in your footsteps. If you set the right example for them, they will likely go far in life. That is something that Blake Leeper obviously understands. As an 8-time winner and medalist in the international Paralympic track and field, he is in the front in an amazing way.

Blake is someone who has inspired people around the world, regardless of whether they are disabled or not. As far as runners go, he is incredibly fast and that is seen, despite the fact that he was born without legs below the knee. He was only 9 months old when he was fitted for his first prosthetic legs and has been using them to his advantage ever since. When Blake was preparing for the upcoming Paralympics, he found himself in Oklahoma City getting fitted with new prostheses. That is when he saw KJ Dyer, a 2-year-old who was trying out a new prosthetic leg.

On Ask Aaron this Friday, we'll be talking with Paralympian @Blake_Leeper on IG Live! After dominating the Paralympic Games, Leeper began training with one goal in mind-to compete against able-bodied athletes in the Olympics. https://t.co/j7Jdbj5HE7 pic.twitter.com/CZdG7smYoE

Rather than being too caught up in what he was doing, Blake went right up to the little man and encouraged him to keep going. He then shared a video of the moment on Instagram, staying it was his motivation.

We will always have those that are important in our lives and many that we look up to for inspiration every day. Perhaps we could add Blake Leeper to that list because he certainly is setting a fine example for others.