We sometimes think about the winner as being the one who crosses the finish line 1st but a story about a Marine, Lance Corporal Myles Kerr, shows that it isn’t always the winner of the race that is the true winner. He was at the Venetian Festival in Charlevoix, Michigan running a 5K when he saw a little boy that had fallen behind in the race. He was a nine-year-old child that was trying to keep up with his friends, but Boden Fuchs had lost the group. When the young boy saw the Marine, he asked him, “Sir, will you please run with me?” The Marine slowed down while his fellow Marines moved ahead in the race.

Kerr stuck with Boden throughout the rest of the race and finished 5 seconds behind him with a time of 35:53. Of course, the other Marines had crossed the finish line long before but a bystander captured a picture that showed the scene very well. As a 19-year-old Marine, he could’ve run full out to the finish line but he stuck with the boy and finished strong. It wasn’t long before the photo was shared and it went viral for all the right reasons. Many people on Facebook and twitter are calling Kerr a hero.

For the 5k at the Venetian Festival in Charlevoix, Lcpl Kerr opted to run the event wearing boots and utes and carrying…

Kerr admits that he did what any man would do and he really doesn’t want the praise. In reality, not everybody would do what he did. On that particular day in Charlevoix, Michigan, there were many people who passed them and nobody slowed down to follow suit. Only one man out of all of the racers did the right thing that day.

This is something that the young lad will probably never forget for the rest of his life. He will likely grow up to do many nice things himself, thanks to the kindness of one soldier that day. 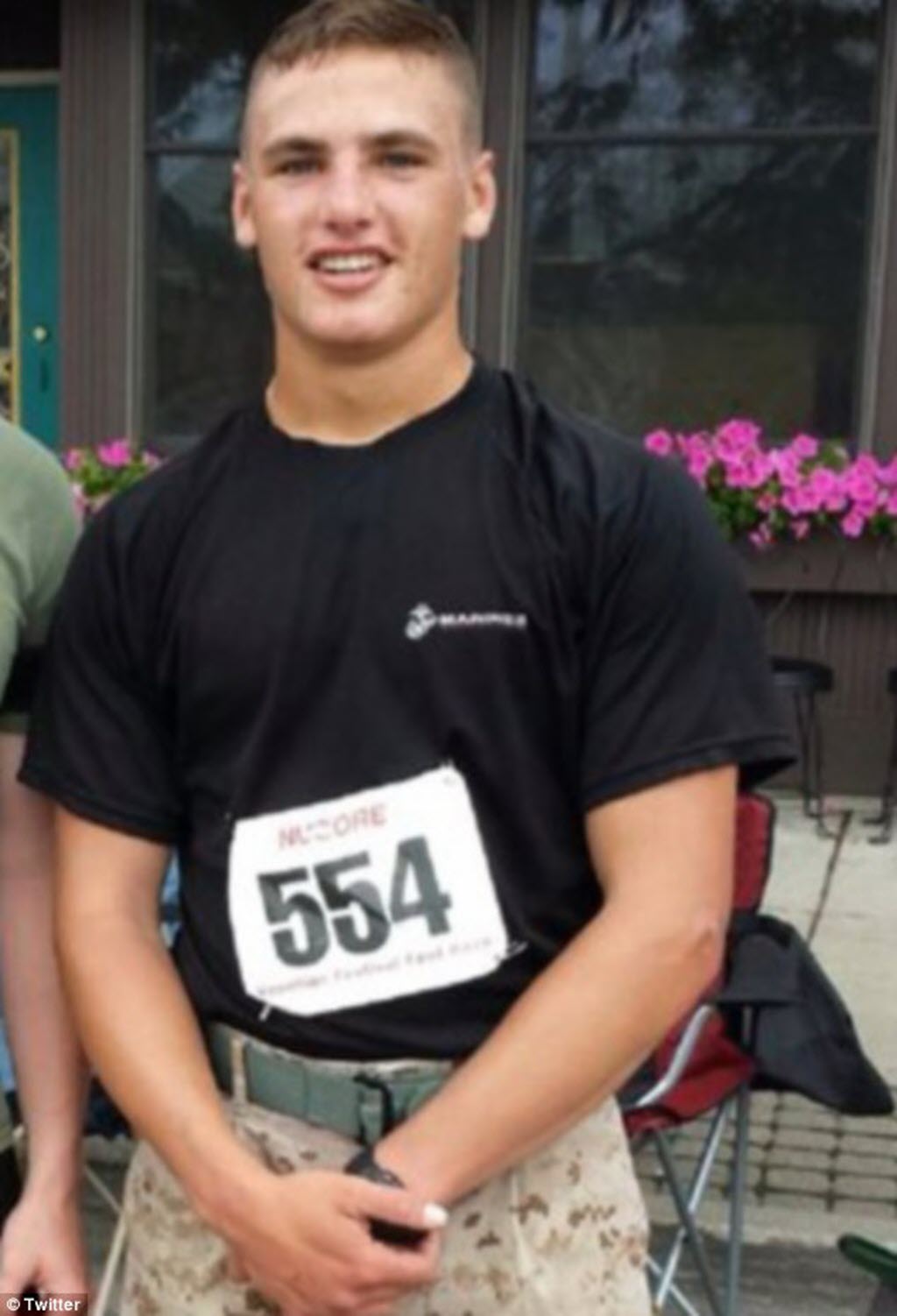 Boden’s parents recognized what he did that day and they purchased a $100 gift certificate for food at a local restaurant. People around the world are saluting the young Marine, who was kind enough to do the right thing. You can see more in this video: