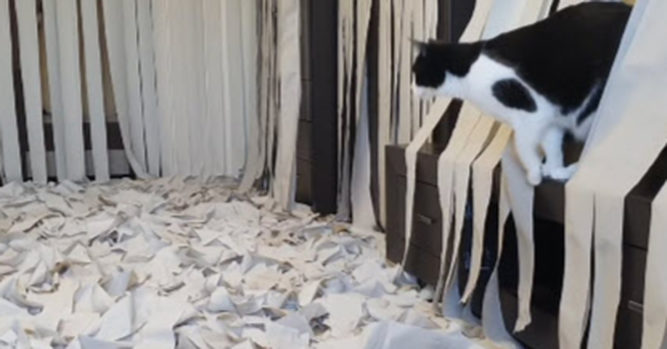 When you have a cat in your life, there is rarely ever a dull moment. It just seems as if they go from one thing to another and sometimes, they don’t always choose the items that are the most convenient for us as humans. Many cats enjoy scratching at the sofa or knocking things off of the shelves. Another thing that cats undeniably love is toilet paper and it doesn’t matter if it is on a roll or in a pile, they are going to have a lot of fun with it.

That is where Pusic comes in. He is a cat that absolutely loves toilet paper but he also has a human companion that loves him very much as well. In fact, he loves the cat so much that he purchased 100 new rolls of toilet paper and put them in the living room for Pusic to have a lot of fun. The good news is, he also set up a camera so you can get in on the fun as well. 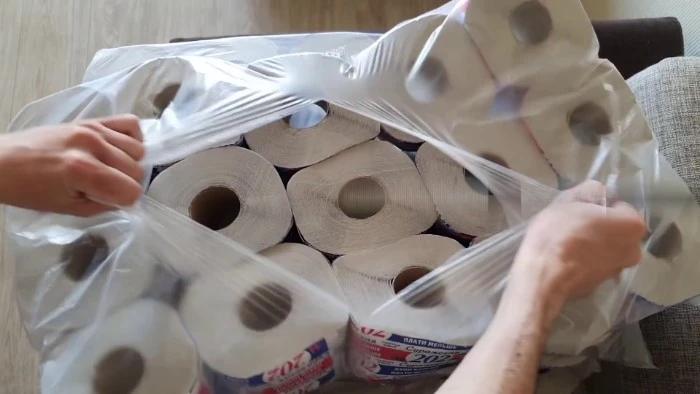 Pusic was found in 2014 outside in a box. The couple that found him fell in love with him and they took the kitten inside and started caring for him right away. 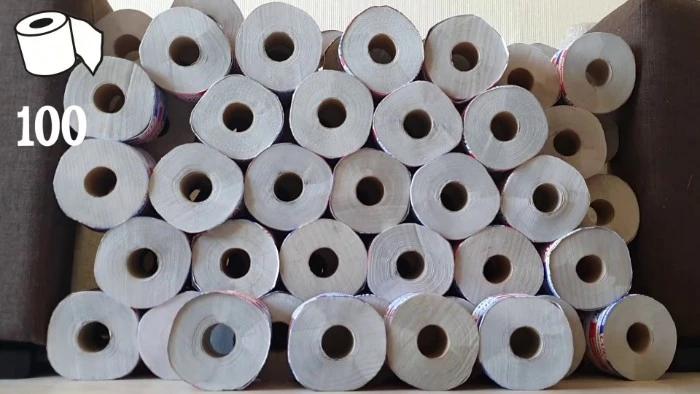 After the cat gained some strength, he became a real part of the family. He is also very affectionate and shows that affection by licking their faces and hugging them on their legs. 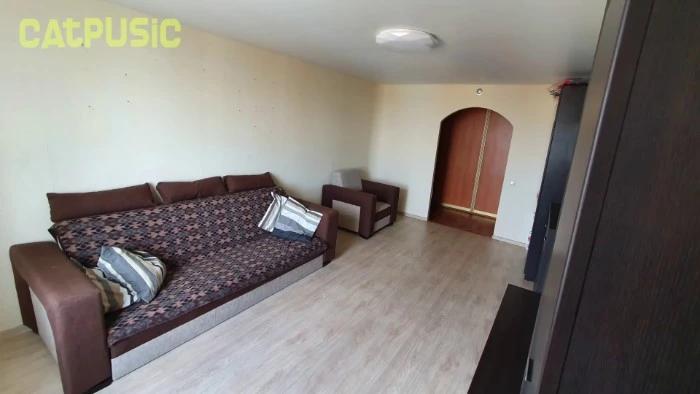 The couple decided that they would post a video of the hugs and kisses and at that point, Pusic became an Internet sensation. The videos they have posted on various social media outlets have racked up more than 100 million views. 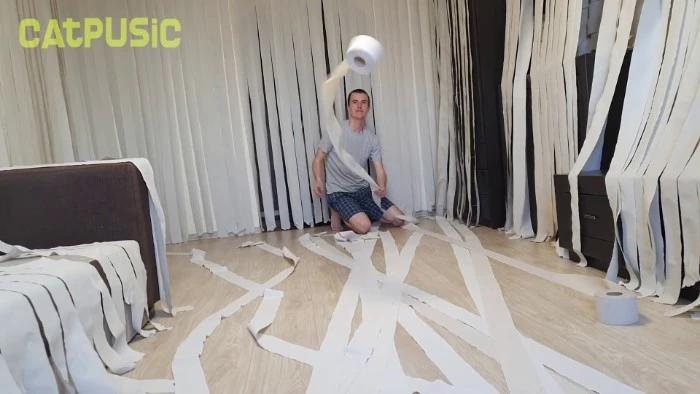 Pusic may live in an apartment but his family still puts him on a leash every once in a while and takes him outside for a walk. They just can’t help but spoil him!

“We’re constantly making new toys for him and he is always interested in them,” the couple said. “He also has a younger human ‘brother’ who was born in December 2016. They play together and it is a lot of fun for both of them.” 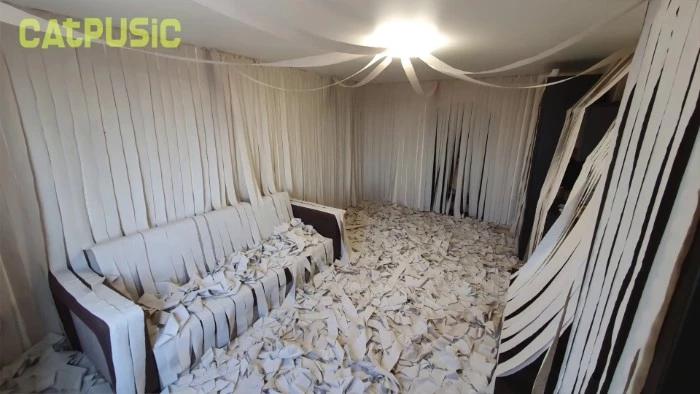 “We found out about Pusiс’s passion for toilet paper when he was little,” his owners said. “He liked playing with it but we didn’t really encourage him as we try to keep our home in order and he already had many toys. However, we recently decided to let him remember his youth and gave him all the toilet paper he could wish for. Not small pieces, rather cover our entire room in it and try to catch his reaction.” 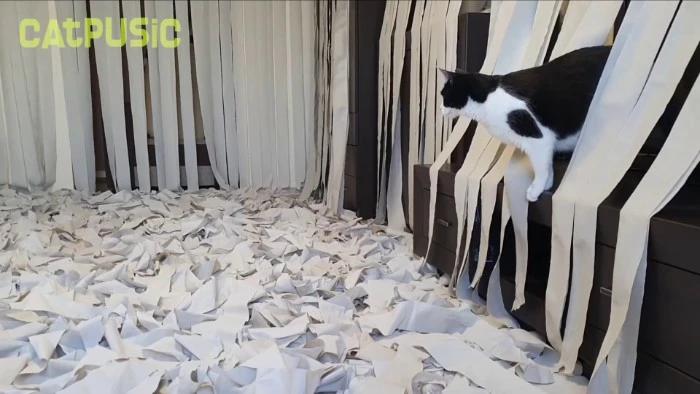 “Since we have a small child at our home, we had to be fast. We started ‘decorating’ the room while the child was sleeping during the day and managed to get everything done in a couple of hours before he woke up.”

“In total, Pusic spent about 30 minutes in the room,” they said. “At first, he didn’t know what to think of it and you could see it on video. He then started looking for something under the paper as all cats like to do, slowly walking around.”

That is when the fun started 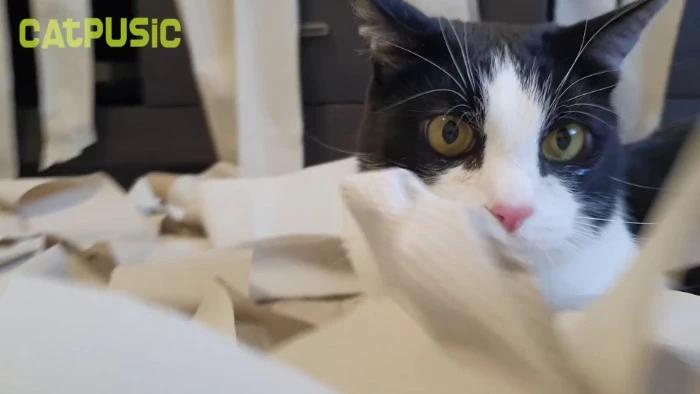 The cat was eventually finished playing and the child woke up.

“Afterwards, Pusic had been sleeping like a rock until the evening, he had spent a lot of energy on all of this.” 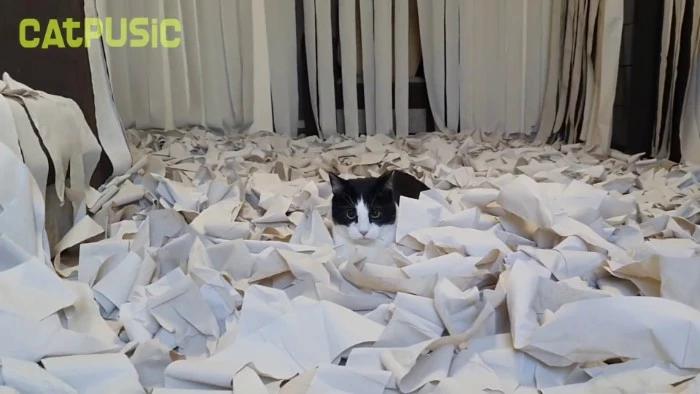 “It’s important to find time for your pets and let them enjoy life,” the couple added. “To them, your attention and efforts are priceless.” 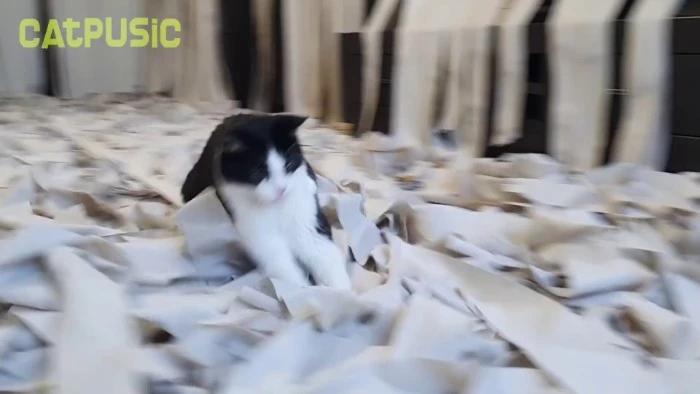 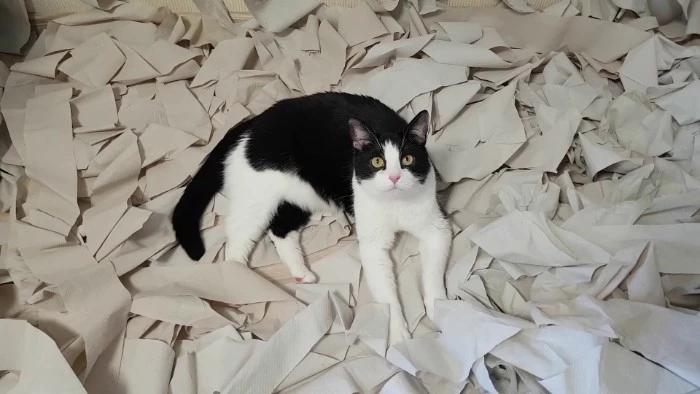 People fell in love with this video: