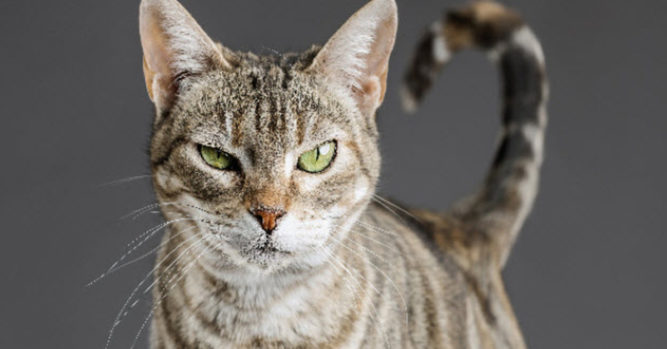 If you have a dog in your family, you probably love the fact that you can come in through the front door, call out the dog’s name and they will come running to you every time. When you really stop to think about it, it’s amazing that a dog can learn their name and research has even shown that they love their name. When it comes to cats, however, many people say that it is impossible for them to learn their name, simply because they don’t tend to respond to it. Is that true?

New research has been done that sheds some additional light on the subject. It may be true that cats don’t show the interest in their name that a dog does but does that mean that they are not able to pick out the name from a string of other words? Previous studies have shown that almost all animals have the ability to recognize their given names. Felines have always seemed to be on the edge. That is where research from the Sophia University in Japan comes in because it shows that they actually can recognize their name.

There is not a whole lot of scientific study that has gone into this area. After all, the techniques that are used on dogs are not necessarily going to work on cats. This particular research team, however, looked for a way to test the theory. They were led by Dr. Atsuko Saito

When cats were placed in a room and a voice said four words followed by the name of the cat, something interesting happened. During the speaking of the words, both the tone and the pace of the voice were the same.

During the playback of the voice, they noted the cat’s response. They wouldn’t respond much at all to the first four words that were spoken but when the name was spoken, the researchers noticed a slight movement of the tail.

The conclusion? Cats are able to understand their name when they are called. They gave the cats a four-point scale on their response and they had no doubt the cats knew their name.

The first round of testing involves playing the recordings of four words that were spoken by the owner of the cat. 11 out of the 16 cats tested displayed a reduction in their movements when the first four words were spoken. It is thought that this was because they knew their owner’s voice. In nine of the cats, an increase in the movement was shown when the name was mentioned. It suggested that they recognized the name and were responding to it.

Different groups of cats were then used for the experiment. When it was repeated with a stranger’s voice saying the words and name, they then added the owner’s voice when it was done for time. This was done to a group of cats who lived with other cats.

In the scenarios, they found that the cats were able to recognize their name. One thing that wasn’t clear, however, if they were responding to their name because they understood it was their name.

They thought that it may be recognized because of the reward and punishment that may go along with it. Perhaps they were simply trying to prove that cats did their own thing.

According to previous studies, cats are able to recognize the voice of their owners but they didn’t typically acknowledge it publicly.

When people began to criticize the recent study, they showed that it didn’t prove cats knew their name but that they recognize familiar sounds. For the feline, the name may just be a sound that they hear regularly when a box of food is being opened.