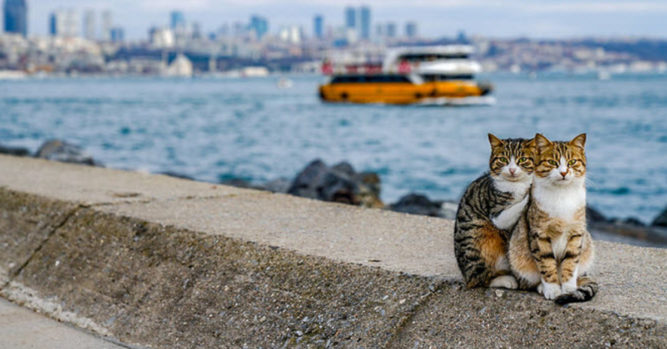 There has always been some debate over whether dogs make the best pet or cats make the best pet, but regardless of which side of the fence you happen to be on, you probably are an animal lover at heart. It’s wonderful to see animals, regardless of whether they are your pets or even if they are strays. It’s just nice, because we realize that there is a personality behind the eyes that are looking at us.

If you have spent any time traveling at other places in the world, you have probably seen some rather unusual things. In some areas, stray cats are relatively rare and although you may hear about them, they tend to be located in very small feline communities. That isn’t the case everywhere. In Turkey, for example, stray cats are roaming the streets and you would probably be surprised with how many you would see. Perhaps what might even surprise you further is the fact that they don’t always tend to be frightened but rather, they are quite friendly.

That was the case with one photographer who was traveling in Turkey. He was walking along the Bosphorus Canal when he saw something that he never thought he would see. Fortunately, he was a photographer and he took some pictures so that everyone would be able to see what he saw. They are beautiful, and the best part is, they absolutely weren’t staged.

You can see the pictures and more below: 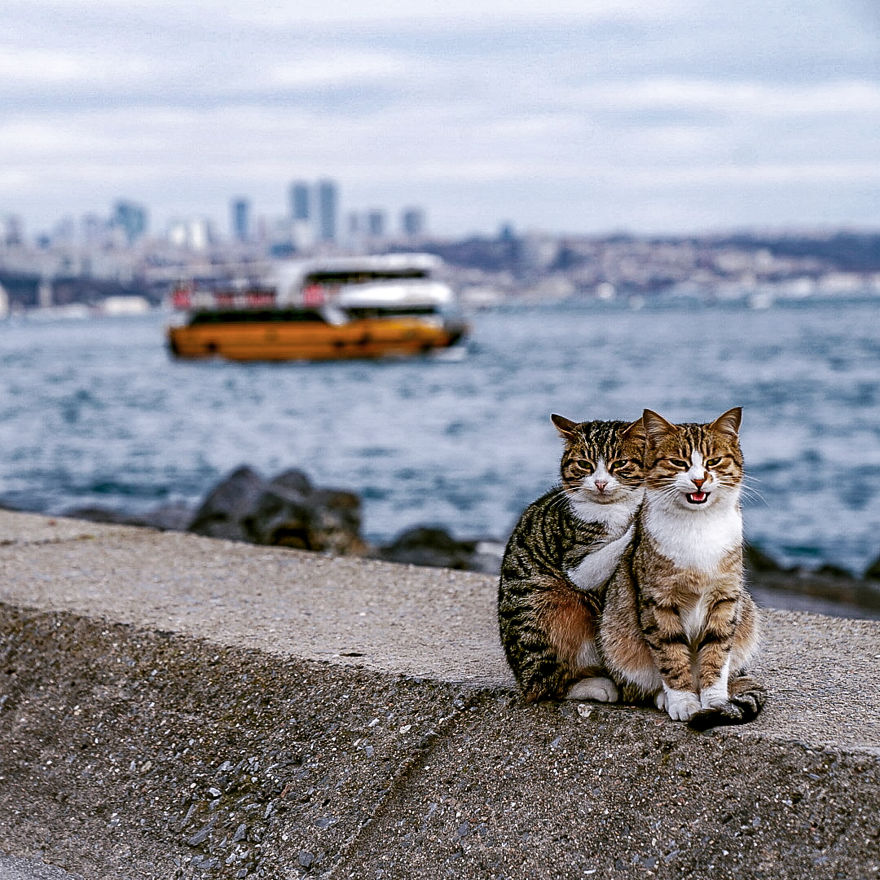 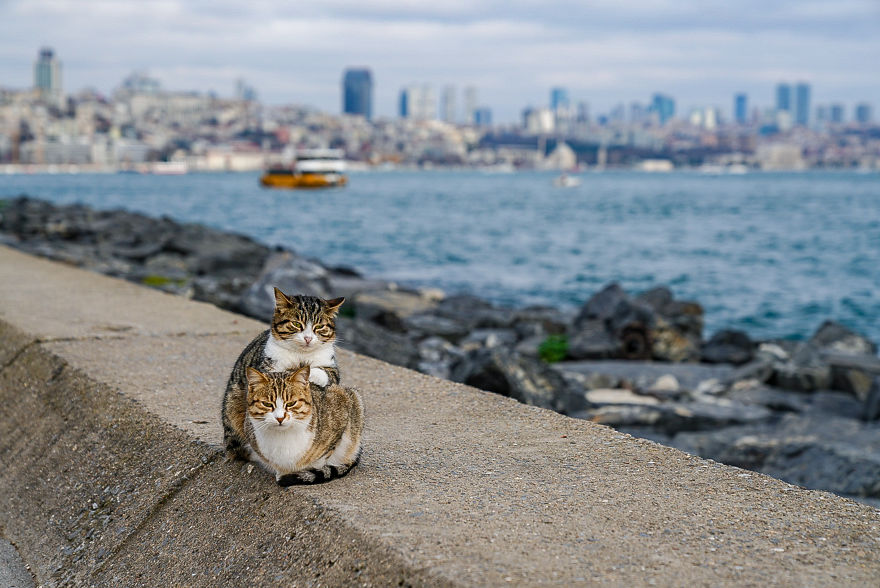 Perhaps they were cuddling because they were chilly? It’s amazing that they were so exposed to the elements. 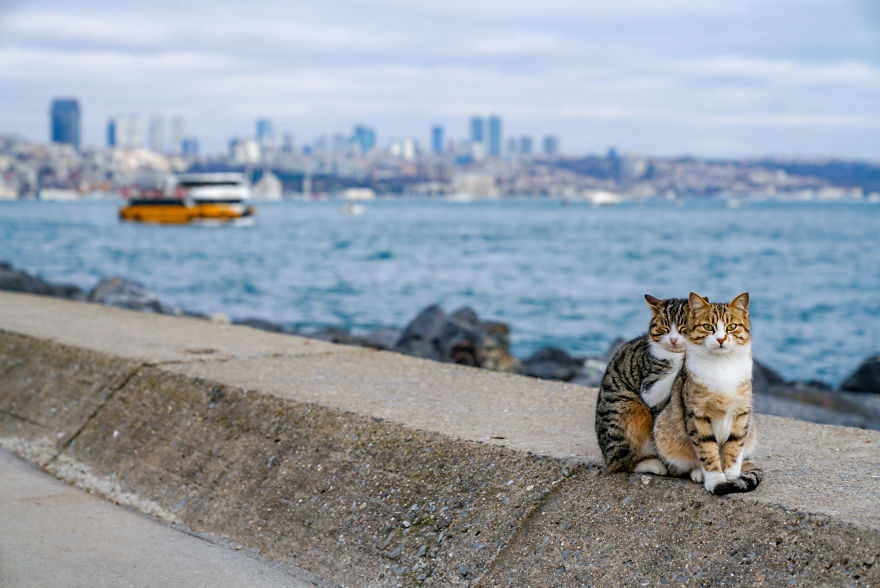 The man wasn’t sure why they were sitting there enjoying the view. It just seemed as if they were at peace. 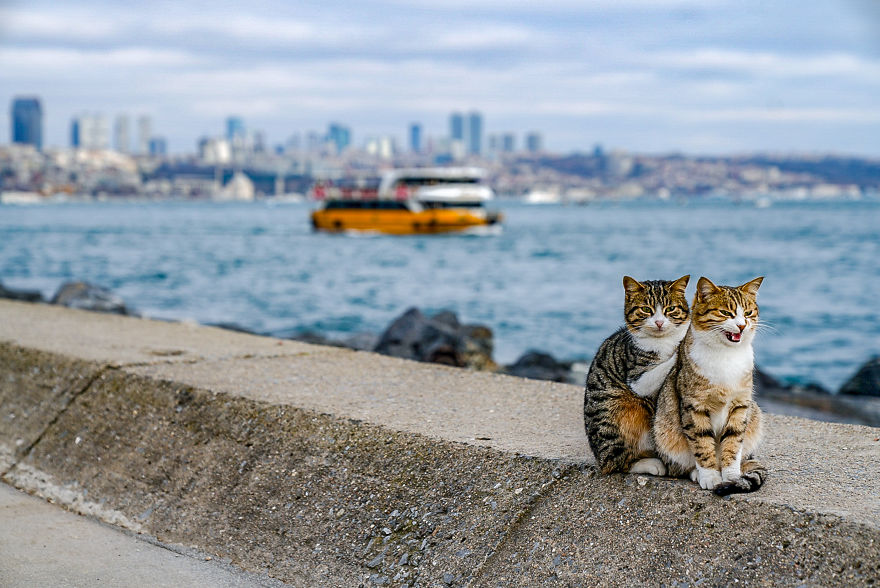 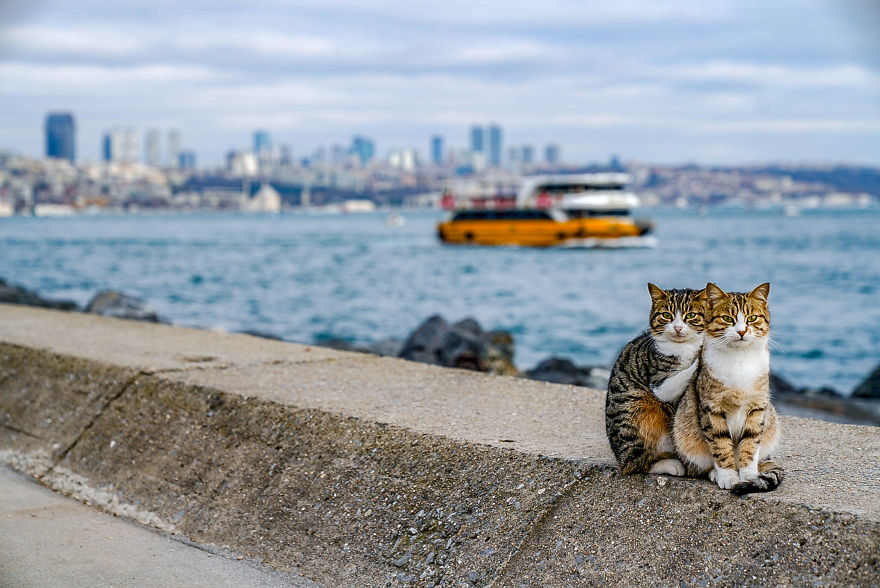 Perhaps it was a planned outing? 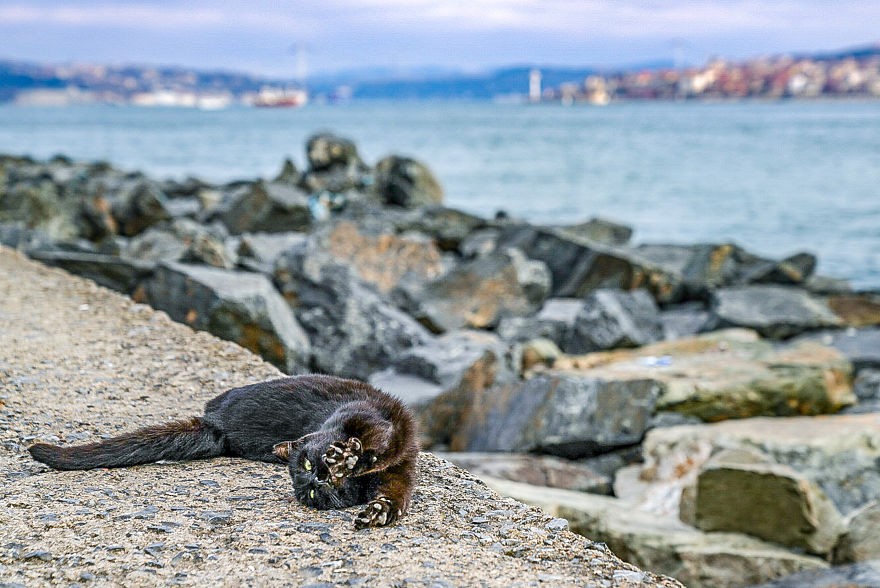 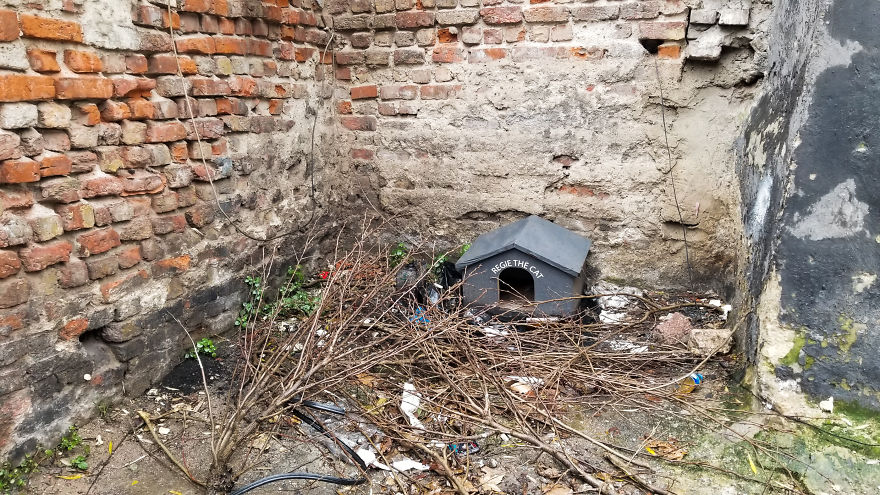 These cat houses are all over the area. 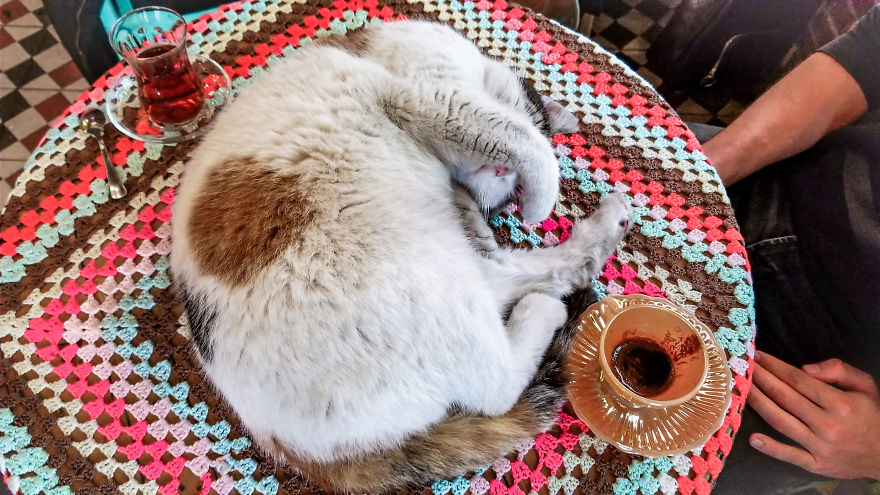 Almost every café welcomes the kitties inside. They are just there to enjoy. 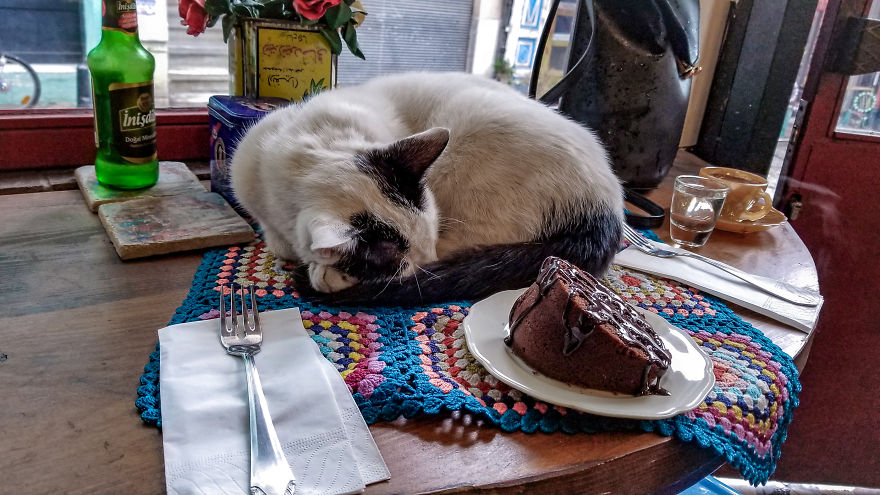 It made the photographer feel good inside to see it happening. 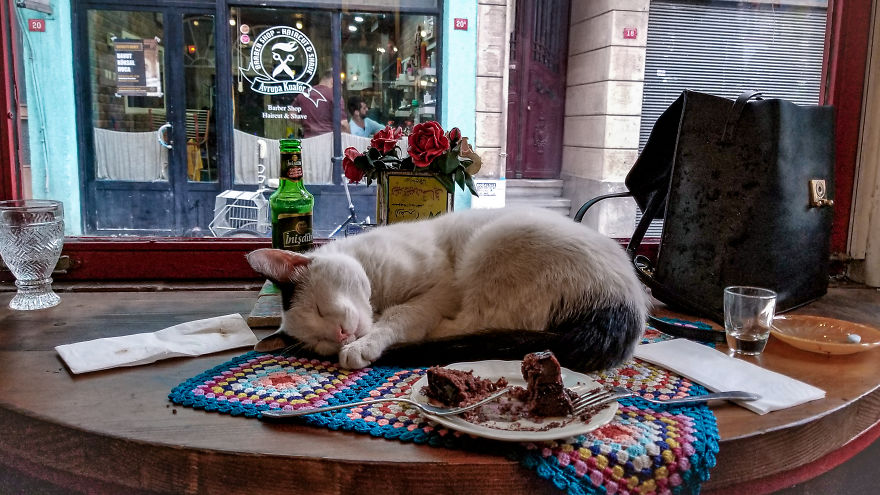 After a difficult day 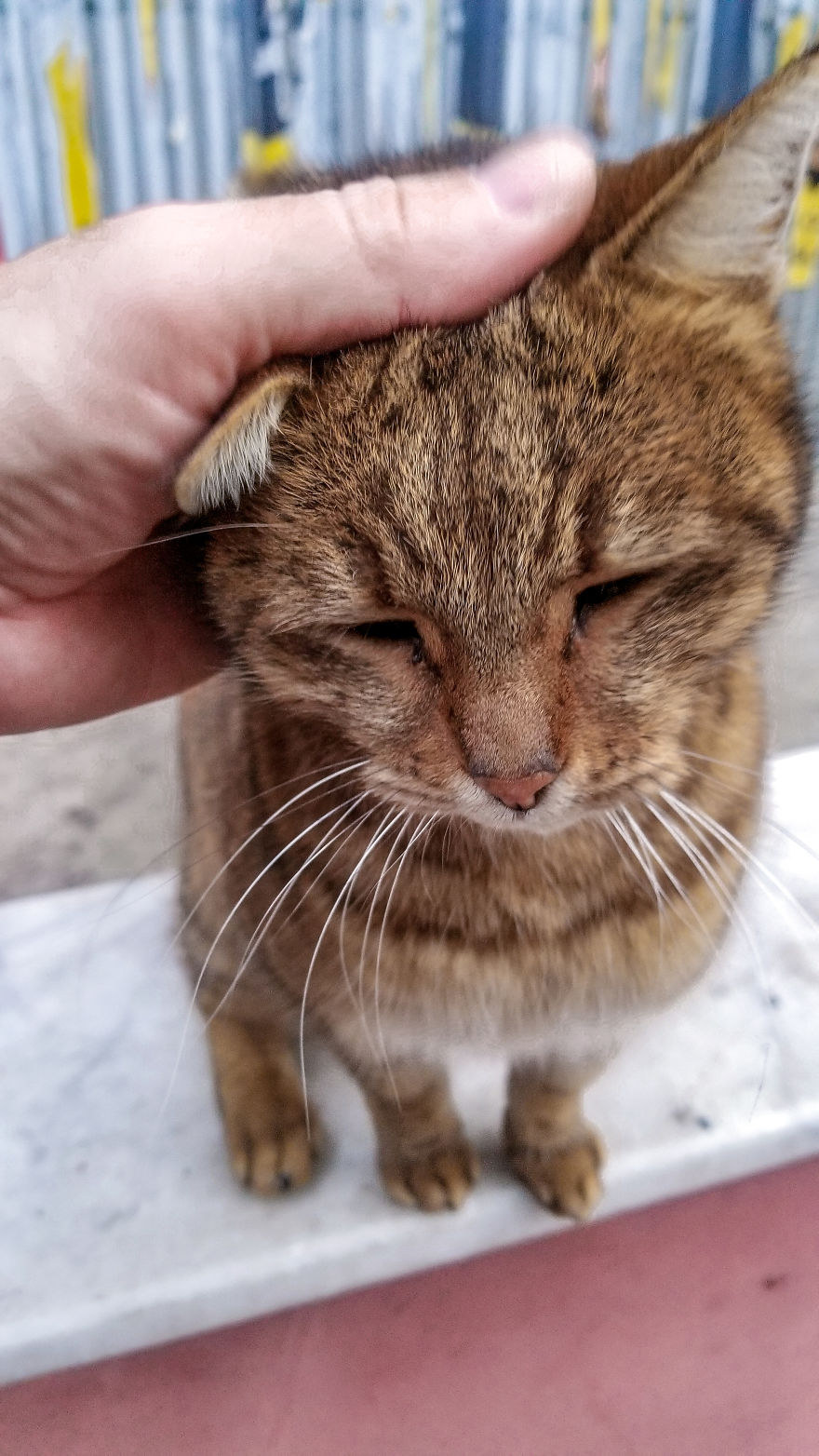 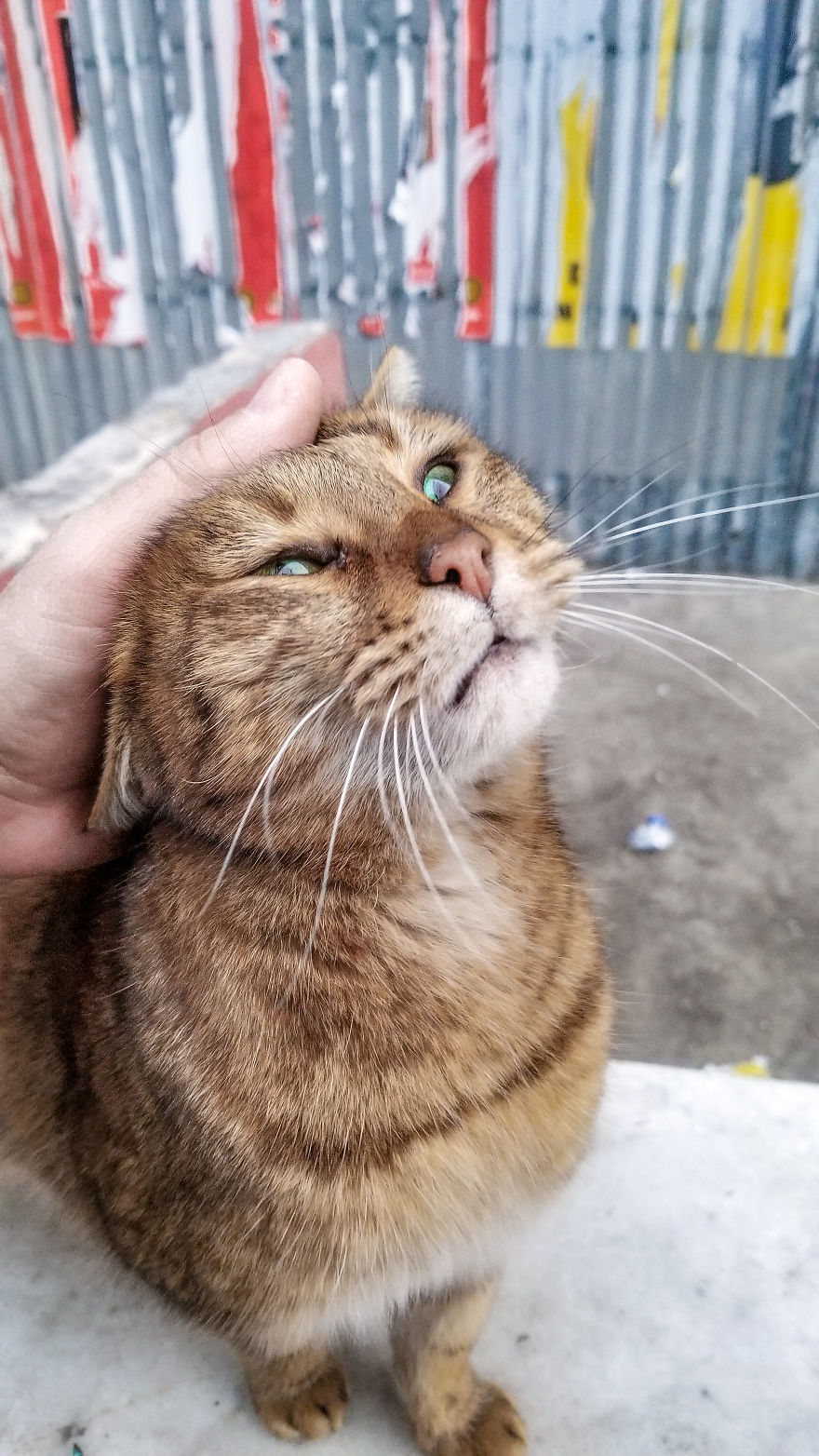 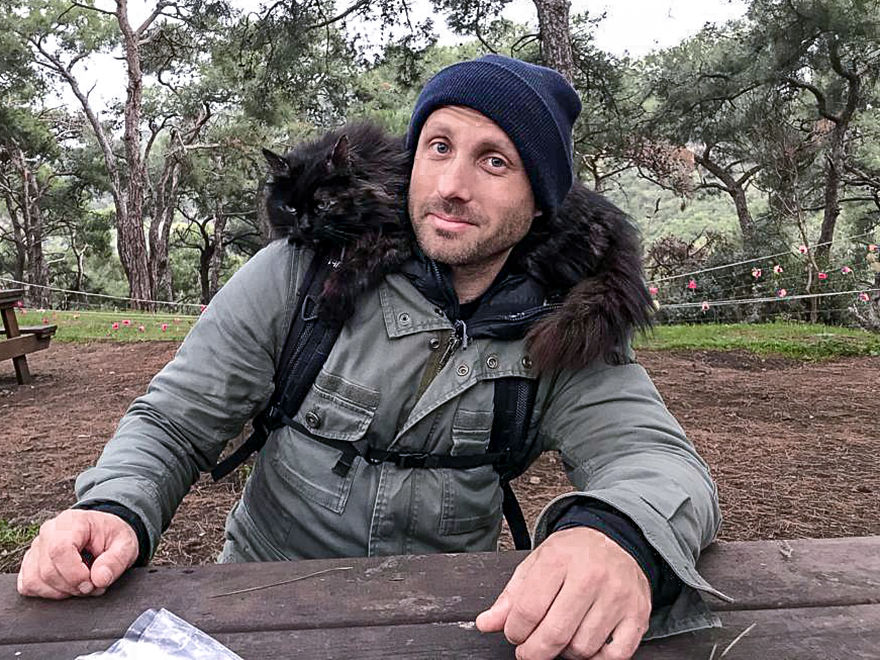 2 strays. One of them didn’t mind me coming nearer. 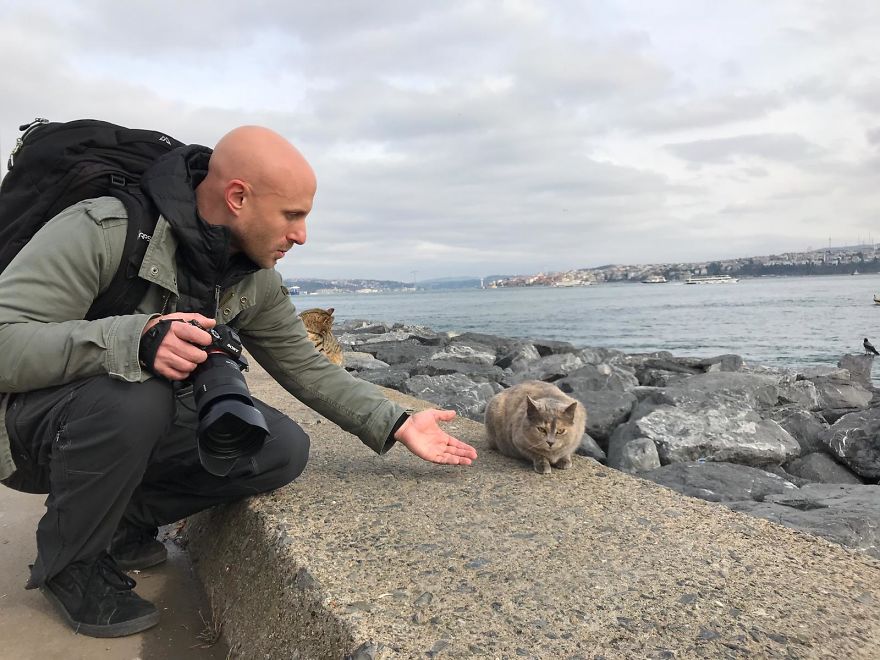 The other was pregnant and a little more nervous 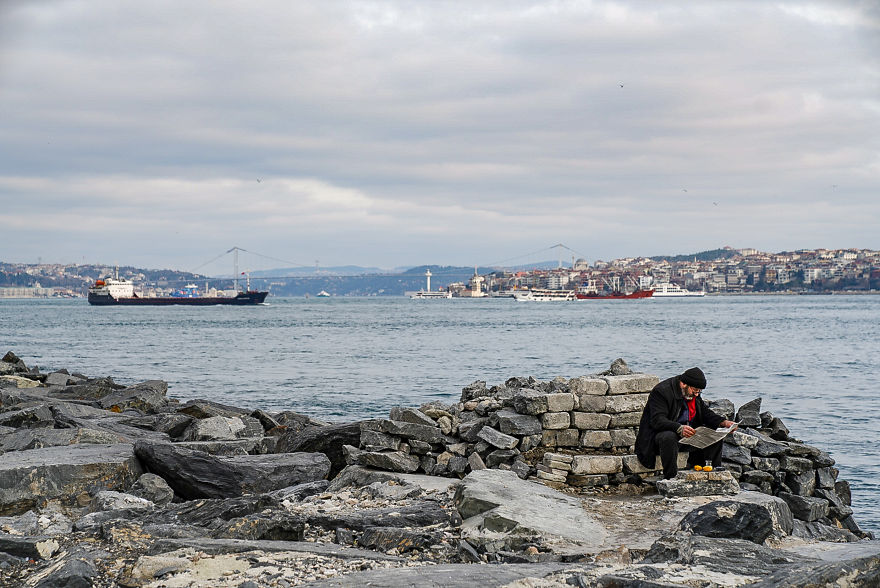 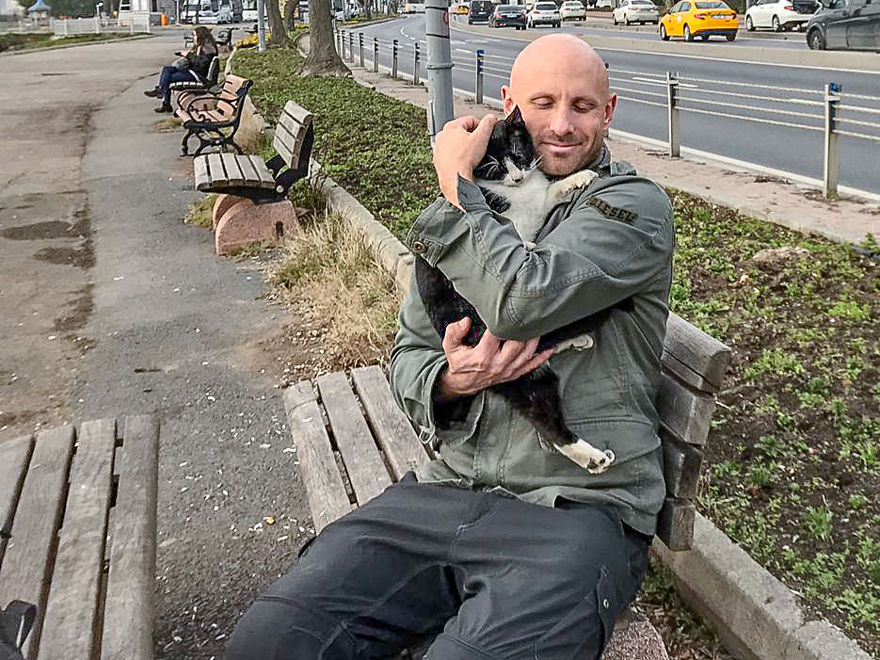 They want to be picked up as soon as they see you. He couldn’t resist giving a hug every time. 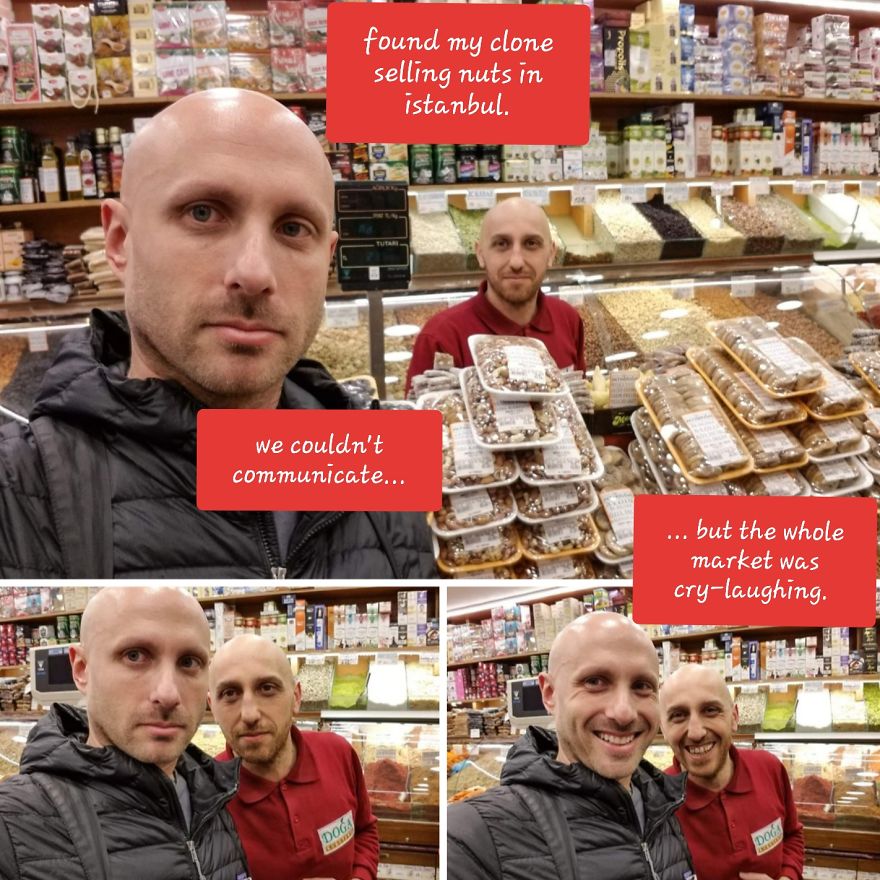 This is one picture that needs to go viral.