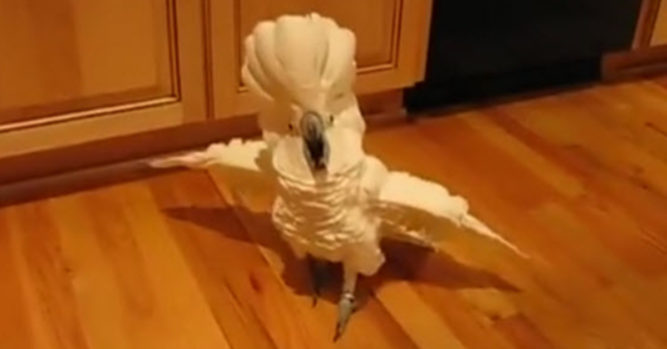 If you have any animals in your life, you realize that there is never going to be a dull moment. It just seems as if they are always able to do something amazing and they have that ability to put a smile on your face, regardless of whether they are trying to do so or not. Of course, most of us think about cats or dogs when we think of having a pet but the fact of the matter is, there are many different animals that could be in your household.

If you have ever had a bird, you realize that they can also keep you entertained but they are a majestic animal, especially when you are talking about a cockatoo. They just seem to be at peace and in harmony with all that is around them and perhaps that was the case with this cockatoo, but she was capable of more than anybody could’ve expected. When they start asking her a question, she has an absolute meltdown right there in the kitchen and everybody who was nearby knows that she is not a happy camper. 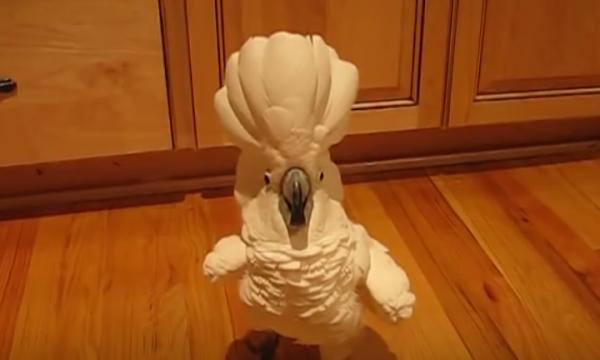 We’re not quite sure what got under her feathers but you can tell that she is really upset. The owner is trying to figure out what it is and keeps asking her for more information but there is no answer forthcoming. Perhaps one of the things that could be bothering the cockatoo is the person taking the video! 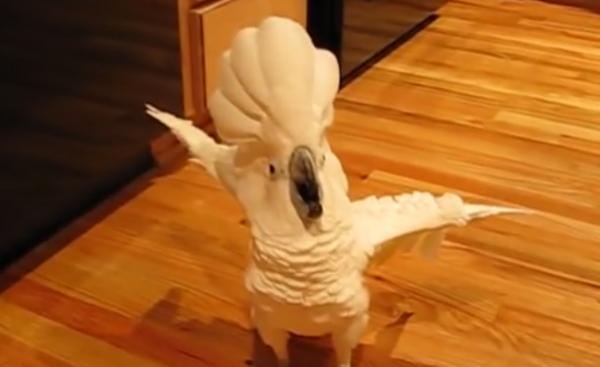 As they are making their way across the kitchen, you can see the bird’s reflection in the dishwasher and the oven. When she notices the reflection, it really irritates her and sets off her aggressive side. It may be that she is just being territorial but then again, she might just be in a bad mood. 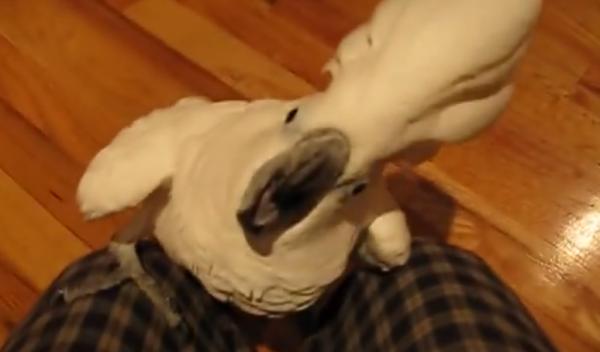 Another reason why the cockatoo could be mad is that the owner made her mad. She steps up to the man holding the video camera and looks as if she is going to go right after him. Maybe she was expecting a treat or she just doesn’t like the way that the camera looks but in any case, she isn’t happy. 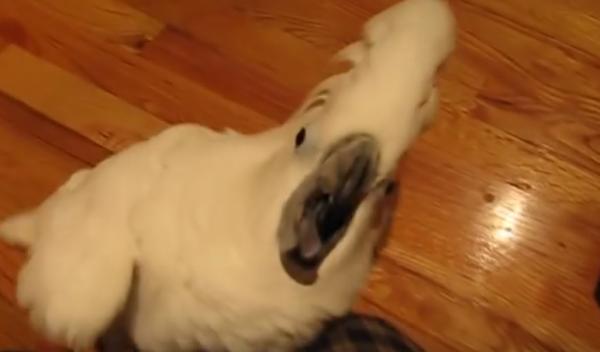 It really doesn’t matter what the truth is behind her irritation, you can tell that she is not going to be happy until everything is going her way again. It’s fun to watch her because she is so full of energy and I’m sure that her owners give her lots of love and attention. 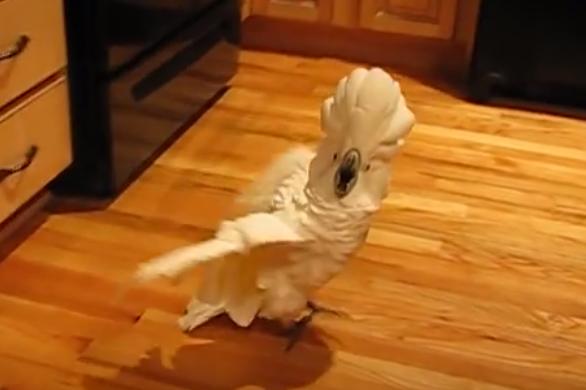 You can see this cockatoo throw a major hissy fit in the following video: